Prior to the SEEHER, Jeannine was the Co-Founder and CEO of Girl Starter and Chirish5,

Girl Starter’s mission is to educate girls and give them the power to reach their potential. Girl Starter is a new scalable, for-profit trans-media and technology company that uses the power of entertainment to activate girls in entrepreneurship and business leadership. Creating new media destinations across integrated platforms, the company has created an exciting reality television series, and is building a robust online community. Girl Starter is presently exploring a relationship with the Girl Scouts. There will be inspirational, actionable content, and tools. This comprehensive, multi-pronged approach, provides various revenue streams for powering the entrepreneurial dreams of young millennial and generation z women. We want to improve the role models for women in media because we believe they have to "See it to Start it.”

Chirish5 is a media consulting and sponsorship practice. Jeannine has consulted and sold media for large institutions as well as emerging platforms, production and start-ups. She has closed deals big and small with Fortune 500 companies and understands how to make programs a win/win with CMO, Presidents and high-level executives at the client side and the agencies. Jeannine is known for her innovation and her ability to generate revenue. She closes business deals that are both big and small. She has closed five-figure deals to seven-figure deals.

Prior to Girl Starter and Chirish5, Collins was the EVP/Group Publisher of MORE magazine. She is an industry-recognized executive and was named “Publishing Executive of the Year” by Adweek and a “Woman to Watch” by Advertising Age. She has also been inducted to the Media Industry Newsletter Hall of Fame and the America Advertising Federation Hall of Achievement.

During her tenure, MORE received numerous awards including being named Advertising Age’s Magazine of the Year and multiple placements on the Adweek’s prestigious magazine “Hot List.”

Collins served as EVP/Chief Innovation Officer of Meredith 360°, the integrated marketing unit within Meredith Corporation. Meredith 360 was designed to monetize emerging media and platforms and create content that was ubiquitous.

Collins holds a bachelor’s degree in economics from the University of Rochester. She resides in New York with her husband and three children.
Twitter Handle
@SeeHerOfficial
LinkedIn
http://linkedin.com/in/jeannine-shao-collins-54a4a58 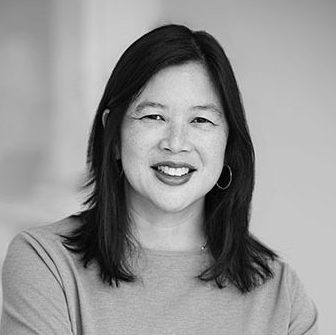