Tal is a serial entrepreneur and tireless global leader in video technology. In addition to serving as Innovid’s CTO, Tal is a board member for the IAB’s Digital Video Center of Excellence and for the National Academy of Television Arts and Sciences. He has been named a 2018 inductee in the American Advertising Federation’s Advertising Hall of Achievement for his significant impact on the industry via mentorship, inspiration, volunteerism and training. Previous accolades include being named a “Technology Pioneer” by the World Economic Forum, one of the “Best Young European Entrepreneurs” by Businessweek, a member of Multichannel News’ “40 Under 40” Class of 2016, and to Cynopsis Digital’s 2016 “It List.” Prior to Innovid, Tal co-founded GarageGeeks – a non-profit organization and one of Israel’s largest hacker spaces and innovation hubs boasting more than 8,000 members. Tal also served as an officer in an elite computer unit in the Israeli Air Force for over eight years where he led the development of several military products with high algorithmic complexity. Tal owns several global patents in digital video technology, and he is a regular speaker at global events, including Cannes Lion, CES, The Drum’s Programmatic Punch, IAB, MWC, NAB, TVOT, AdExchanger’s Programmatic I/O, Broadcasting & Cable’s Advanced TV, Wired Magazine’s NEXTFEST, Le Web’s Digital Innovation Conference, Ars Electronica, and eConsultancy’s Creative Programmatic.
Twitter Handle
@chalozin
LinkedIn
https://www.linkedin.com/in/talchalozin/ 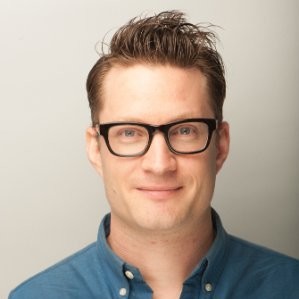